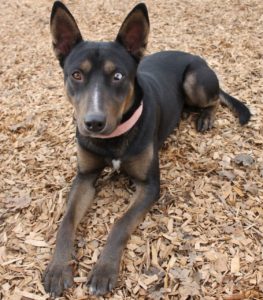 The Ketch-All pole was designed and created by an animal control officer and a master mechanic. In a small garage these men dedicated themselves to the development of this unique animal-restraining device. By 1952 their painstaking efforts resulted in the attainment of their goal. Over the years various improvements have been made, however the basic design remains the same.

Little did these men realize the extent to which the Ketch-All pole was needed, nor the wide range of situations in which it would be utilized. Aside from the most prevalent use as a restraining device on dogs and cats, it has been employed in the capture of bears in the mountains of California, cougars in the hills of Montana, wolves on the Alaskan tundra, alligators in the everglades of Florida, as well as snakes in the deserts of Arizona, and countless others.

Within a few years thousands of animal handlers were convinced that the Ketch-All pole was the best. To this day it remains unsurpassed. Thanks for giving us the opportunity of telling you about Ketch-All products. Many present users of our products were told about them pretty much in the same way over the past several years. They, in turn, not only told others, but also in many cases, offered suggestions, which were later incorporated in the improvement of some of our products. We appreciate the help they have given us.

Ketch-All Poles and other products are used by animal control agencies, humane societies, zoos, veterinarians, and other professionals, throughout the world.

The Animal Control Industry has some amazing things to say about Ketch-All Poles... from the high quality construction, to the company's dedication to humane solutions.